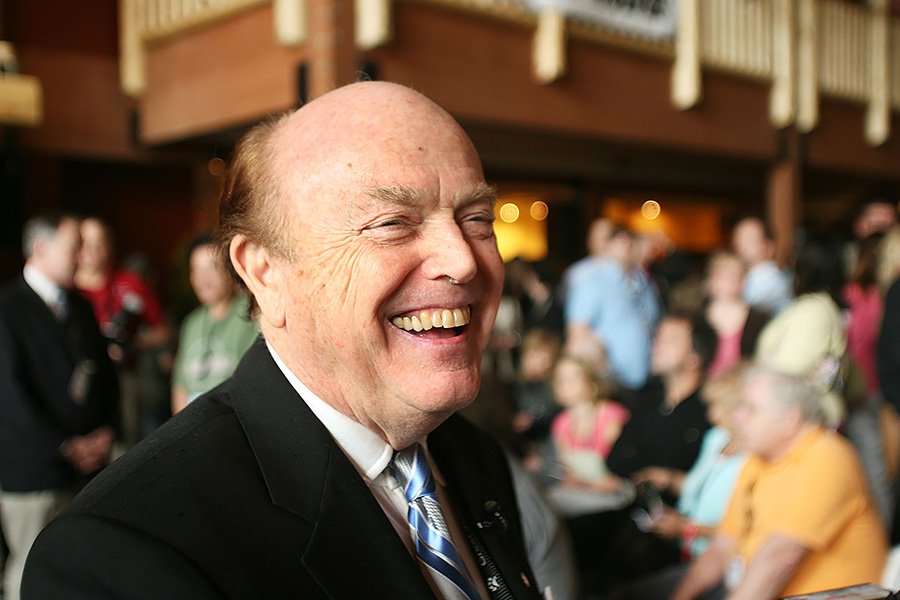 When I was 18, the executive who oversaw the mailroom I worked in told me to scrap the name “Tommy” for “Tom” or “Thomas.”

Tom, he insisted, sounded more professional, more appropriate to the business world. Although I had always been called Tommy, his comment made me wonder if a change was needed.

After all, he was older, and an executive.

I was still confused about it a week later when my family and I were discussing it over a meal at Carmelo’s, in West Vancouver. My mom thought I should stick with Tommy. Of course, having named me, she was biased.

She cited some prominent businessmen who’d kept their nicknames. I wasn't convinced until she said, "What about Jimmy Pattison?"

At that moment, I happened to look to my right. The 75-year-old billionaire was having dinner just a few feet away.

"Shush, Mom, he's right there!" I said, incredulous. I'd admired Pattison most of my young life, and suddenly there he was, eating at Carmelo’s like a mere mortal. And he was Jimmy – not Jim or James.

"Life comes down to a few moments and this is one," I said, marching over and introducing myself to the legend. At 18 you do stuff like that.

Jimmy was unfazed by the surprise. We shook hands, and I asked him what he thought about my name.

"Stick with Tommy," he said with a laugh. "My pal Izzy [Asper] had no problem, and neither did I. Tell your boss to loosen up, from me."

After dinner I wrote Mr. Pattison a letter asking after opportunities at his company. I hand-delivered it to his office the next morning, and 15 minutes later, got a call from his assistant Maureen, who's almost as famous as he is, with instructions to show up for an interview. At one of his auto dealerships, no less.

Unfortunately I didn’t yet have my driver's license, so things didn’t pan out. But that's never stopped me from telling the story.

Looking back, it’s clear that Mr. Pattison understood personal branding long before it became a buzzword. He’s always looked, spoken, and acted the part of the ultimate entrepreneur. He is what he is.

And he sets an example for today's entrepreneurs, who often lose their way in the new world of social media and constant online branding.

You don't need an avatar to stand in for your online self. You don't have to adopt a new persona to bring in business. You don't have to pretend to be something you're not. You just have to look at yourself, understand your strengths and weaknesses, and be who you are.

What I learned from Jimmy Pattison is that being authentic is always easier than maintaining a charade. In the long run, it might even make you as successful as he is.