He was one of the wealthiest and most charismatic capitalists who ever lived. 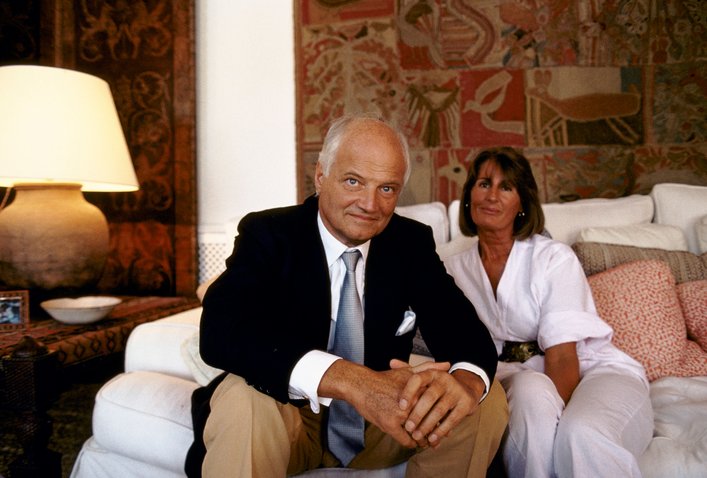 Jimmy Goldsmith was born into a family of prosperous outsiders.

His ancestors took refuge from religious persecution at the turn of the 16th century in the Jewish ghetto of Frankfurt, Germany.

Forbidden from marrying outside the ghetto, members of the Goldsmith family and the famous Rothchild family intermarried and went on to build European banking dynasties.

By the early 1900’s the Goldsmith family was based at a plush estate in the UK called Cavenham. 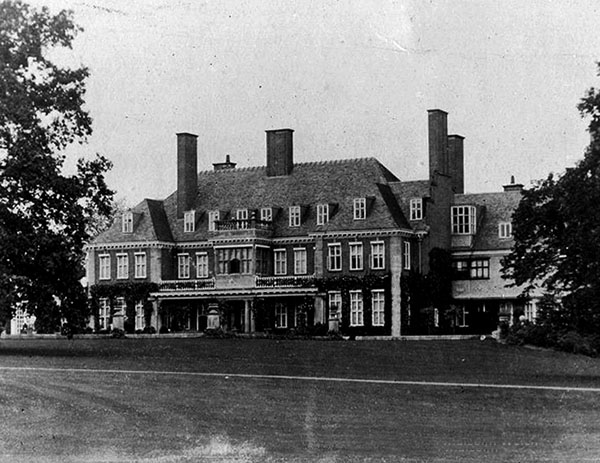 Jimmy’s father Frank became a conservative MP from 1910 until 1918. Ostracised in England during WWI due to his family’s German origin, he accepted a foreign posting during the war and later settled in France where he became a prominent hotelier and father of two boys.

Jimmy Goldsmith was born in Paris in 1933 with crystal blue eyes and a charming yet willful nature. His life was a tour de force from the very beginning.

At the tender age of 6, Jimmy caught the gambling bug after hitting the jackpot at a Monte Carlo slot machine.

“The best gamblers,” Goldsmith recalled later, “are those who press their luck and go home when they are unlucky. Human nature is the opposite.” 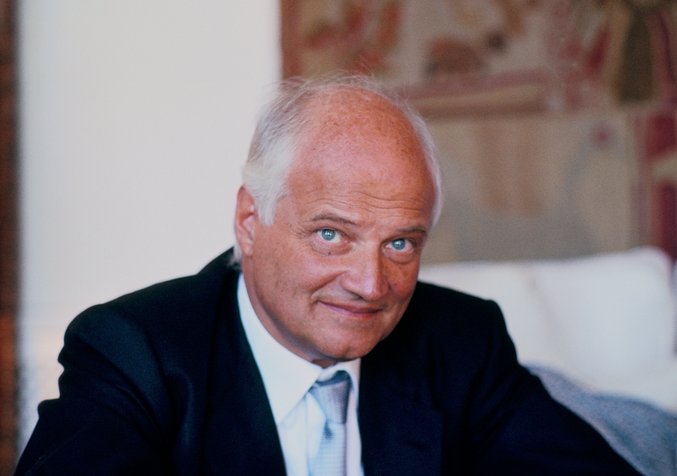 In the next stroke of Jimmy’s luck, the Goldsmiths escaped France on the last ship out of Bayonne in 1940 before the Nazis arrived.

Frank lost much of his wealth during the war, but the family was able to live peacefully in the Bahamas while others in Europe faced devastation.

At boarding school near Toronto, Canada, Jimmy learned to trap furs for extra money. At age 10, he traded a mink for a train ticket to New York City over Christmas, only to be tracked down by his family several days later at the Waldorf Astoria Hotel having a grand old time.

The young Goldsmith had a mild form of dyslexia and told his father he didn’t want to learn to read because he planned to be a millionaire and have someone read to him. Despite this he read voraciously in later years. Just one of his six palatial homes housed some 50,000 books.

Friends described Goldsmith as sure of himself, funny, and lively. He was a ladies man, ultimately having 8 children by 4 women in relationships he often carried on simultaneously and unapologetically.

“When you marry your mistress you create a job vacancy,” Goldsmith said later.

The charming, 6 foot 4 Goldsmith captured world headlines at age 20 when he fell in love with Isabel Patino, daughter of one of the world’s richest men, who forbade the couple from seeing each other. They eloped to Scotland, chased by Isabel’s father and a love-struck press. 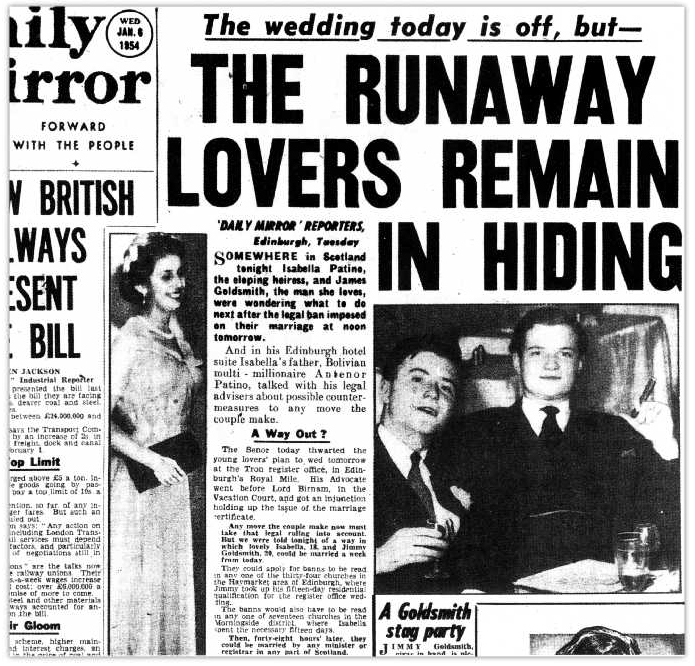 Tragically, Isabel died while pregnant of a brain aneurysm months later. The child, also named Isabel, was lucky to survive a C-section. Jimmy Goldsmith grieved his wife’s loss and became determined to prove himself in business to his disavowed father-in-law and the world.

“He never went to a party for six years,” recalled Goldsmith's best friend John Aspinal. “He lost most of his hair through grief.”

Goldsmith spent those sad years frantically building his first business venture, a struggling patent medicine manufacturer taken over from his brother. Goldsmith quickly expanded into better products and grew to a staff of over 400.

But it was grossly undercapitalized. On July 10 1957, with Goldsmith's neck aflame with boils from the stress of it all, his company was to be declared bankrupt. Incredibly, a rare banking strike began, giving Goldsmith time to sell off assets and save his neck.

In the 1960s Goldsmith began to acquire diverse food companies through a LSE listed company, Cavenham Foods, named after his grandfather’s estate. In the 1970s he expanded into the grocery industry.

He described the transition from small to big business as a “great metamorphosis, from wanting to do everything yourself, to being able to trust people and delegate to them, without abandoning them.”

“As you rise in a company you become more strategic and less tactical.”

Goldsmith favoured personnel without family privilege or university educations - people who had fought their way up and proven themselves, incentivizing managers through ownership. “That has been wonderful for us, wonderful for them, and tremendous for the businesses,” he explained.

Running his empire without a desk from 1971 onwards, Goldsmith often hired women as managers because they “understand people better than men.”

By 1976 Goldsmith had families in each of France and Britain. He was knighted that year, yet set his sights on America.

Looking to divest of UK assets to take advantage of a strong pound sterling, Goldsmith saw opportunity in US wood and paper companies because the market wasn’t valuing their forestry assets properly.

When Diamond International crossed Goldsmith’s radar in 1978, it was one of the 250 largest American corporations with sales of US $1.2 billion. He started buying stock and in 1980 declared an interest to buy it outright but was rebuffed by management.

A sharp market crash drove Diamond’s board to revisit Goldsmith’s offer. He was still interested in acquiring the company for more than its current market value, so the parties agreed to a deal in 1982.

He was betting on breaking up Diamond to settle its debts and an end to a painful bear market in US stocks.

“If you see a bandwagon, it’s too late to get on,” according to Goldsmith. “There’s a structural reason that if you can find quasi-unanimity in the stock market you can do the opposite and be almost certain of success.”

Within a year, Goldsmith sold off $587 million worth of assets to repay debts and still held forestry assets valued at $723 million. He’d made a profit of $500 million in less than 2 years on borrowed money! 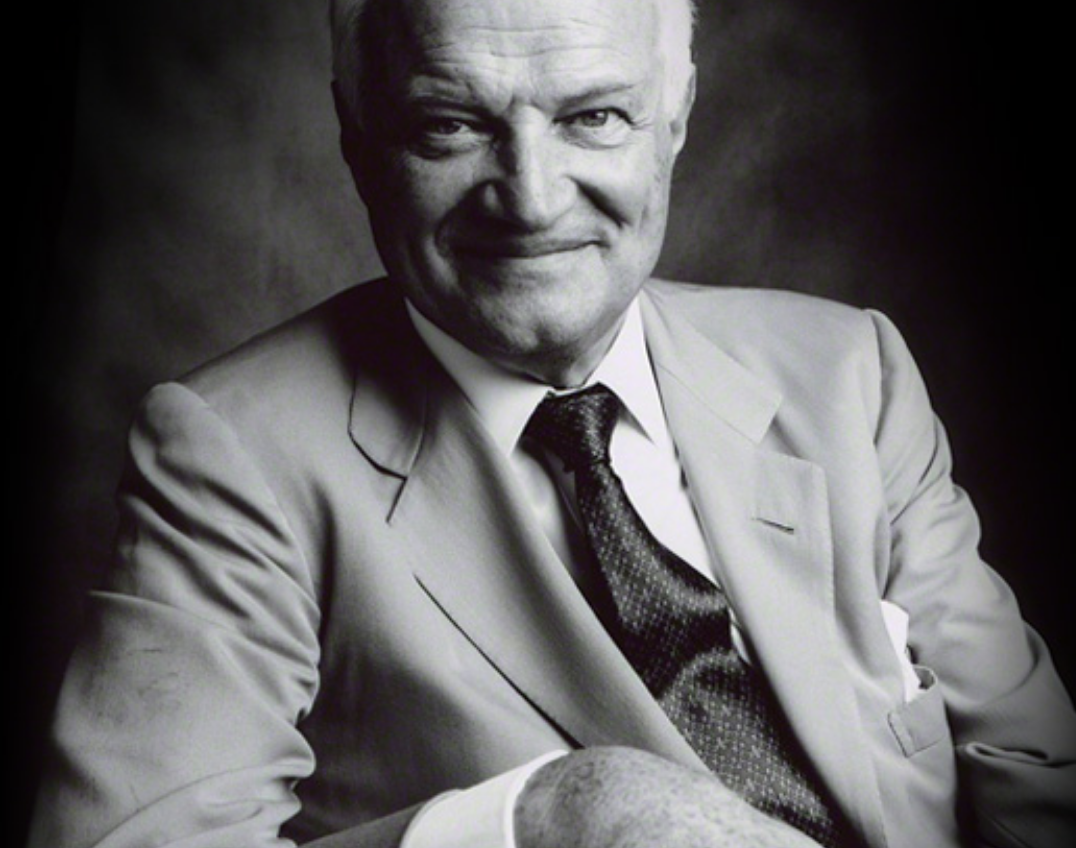 "Risk is a disagreeable thing… I am willing to take risks for a particular purpose, for a particular period of time. Once I am at risk I want to get out of risk as soon as possible. I do not enjoy physical fear or financial fear whatsoever."

The gambler pressed his luck for one more major win, acquiring a controlling stake in forest products company Crown Zellerbach that year for $550 million. Less than a year later he showed a paper profit of roughly $400 million on the deal.

In 1987 Goldsmith astutely liquidated US assets ahead of a market crash. He was one of 15 billionaires on the Forbes 400 list that year. Goldsmith was also rumoured to inspire the Sir Lawrence Wildman character who clashed with Gordon Gekko in the classic movie, Wall Street: 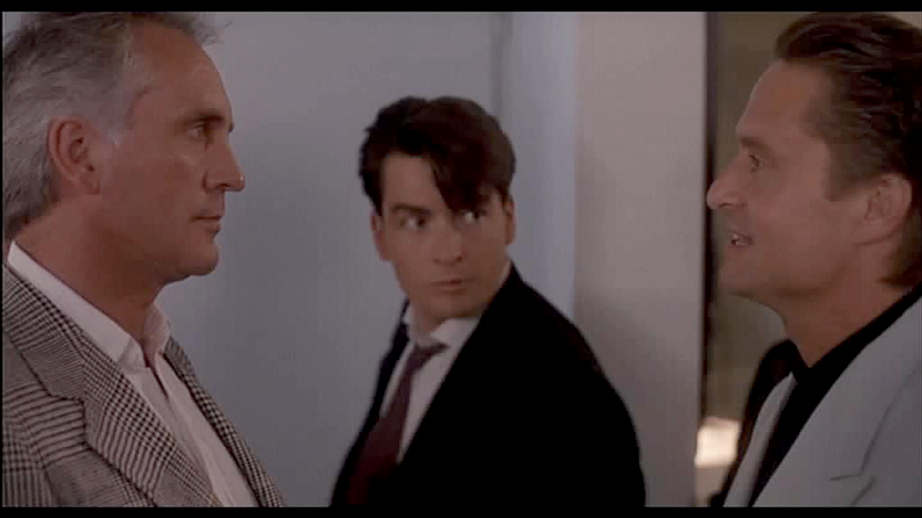 A few billion won’t put you in the Forbes 15 list today, but in the mid 80’s Goldsmith was rich as Croesus.

He would ultimately combine the timberlands of Crown Zellerbach and Diamond into Cavenham Forest Industries.

In 1990 Goldsmith traded these forests for a British conglomerate’s 49% stake in Newmont, giving him control of North America’s largest gold miner. He said the move was to bring him greater liquidity as he entered a more passive phase of his career.

“Success is a phase,” Goldsmith told David Frost. “It has the seeds of destruction by the very fact that people get satisfied, they get old, they no longer have the ambition. By lack of ambition their judgement is less acute than it would have been before. Automatically there are cycles in individuals, families, companies, communities and in nations.” 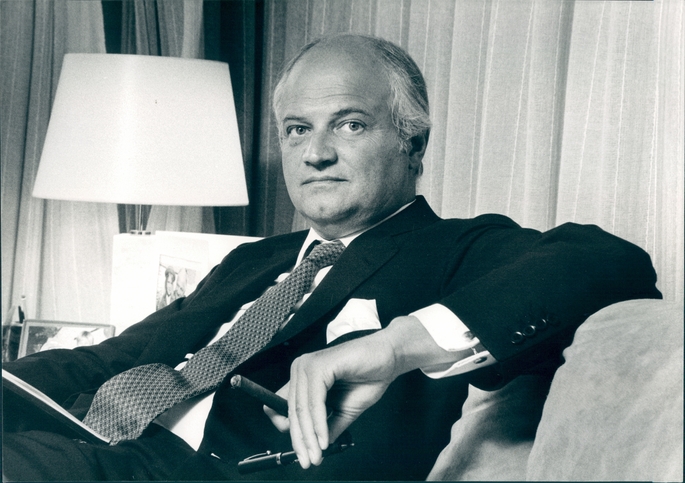 His business ambition finally sated, Goldsmith turned his focus to ecology, and built Cuixmala, the world’s largest home, near Puerto Vallarta, Mexico with a full time staff of 500: 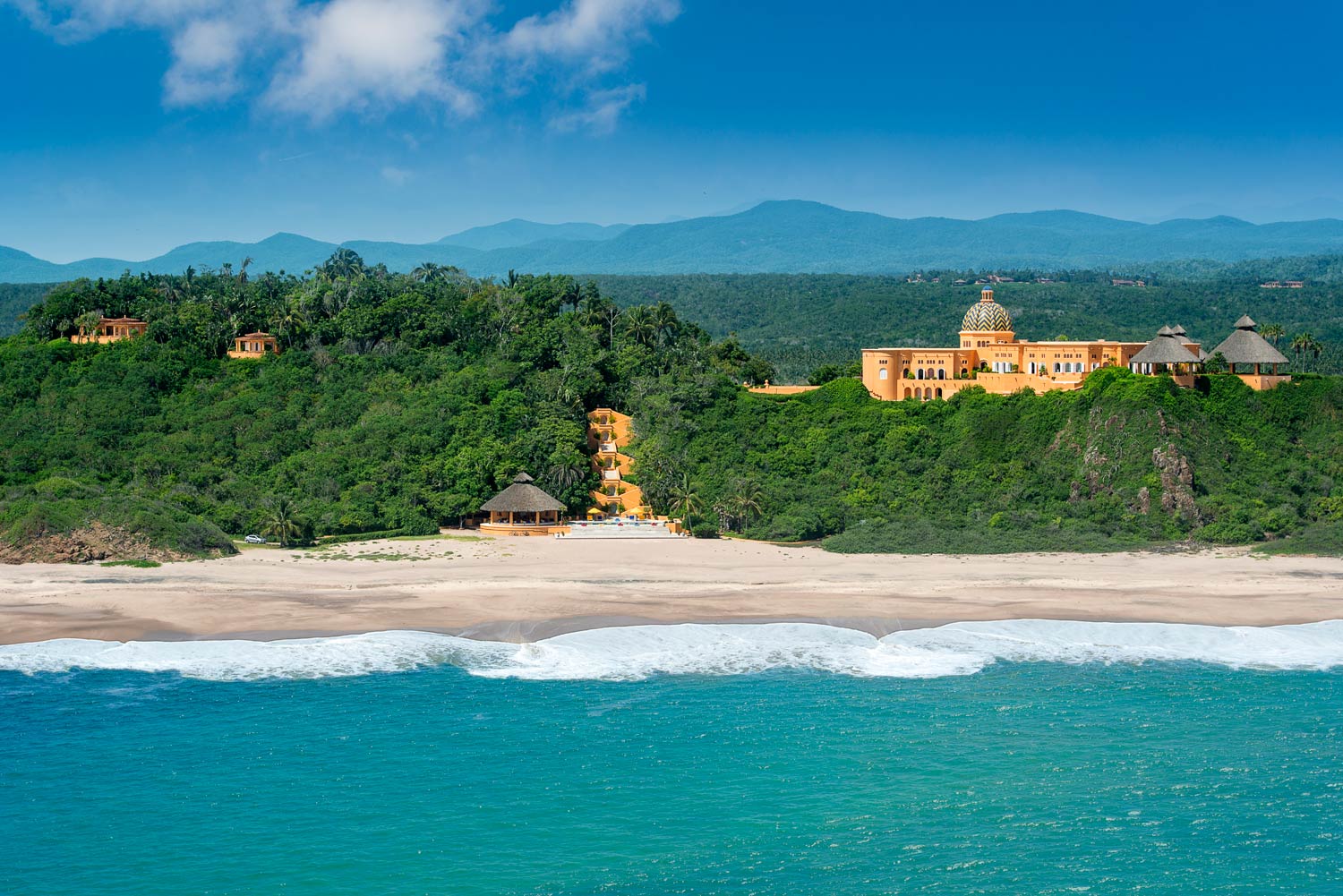 He was running out of time in 1994 when Goldsmith tapped his fortune to establish the Referendum Party for the sole issue of promoting Britain’s independence from Europe. He worked frantically for that cause despite pancreatic cancer closing in on him.

Goldsmith’s remarkable success - pushing his luck in the face of immense stress - is inspiring if not enviable.

A friend of his said that it seemed “he was fueled by the highest octane petrol you could possibly imagine… He gave the impression of being almost manic.”

“Just before I go to sleep I think of one thing, who I will KILL tomorrow?” Goldsmith once told a friend.

And he often referred to the “nervous energy” which drove him.

“My disequilibrium comes from the very fact that I’m a foreigner … I’m a Jew to the Catholics, a Catholic to the Jews, an Englishman to the French, and a Frenchman to the English. I’ve always been neither one thing nor the other – which is an unsettling thing to be.”

“He was a man to whom only superlatives do justice,” said former British prime minister Margaret Thatcher at Goldsmith’s funeral. “Jimmy was out of scale, passionate, brilliant, brave, charming and always lots of fun,” remarked Henry Kissinger.

Goldsmith died on July 18, 1997 aged 64 at his farmhouse near Marbella, Spain with two of his wives at his side. The brave gambler’s luck finally ran out. 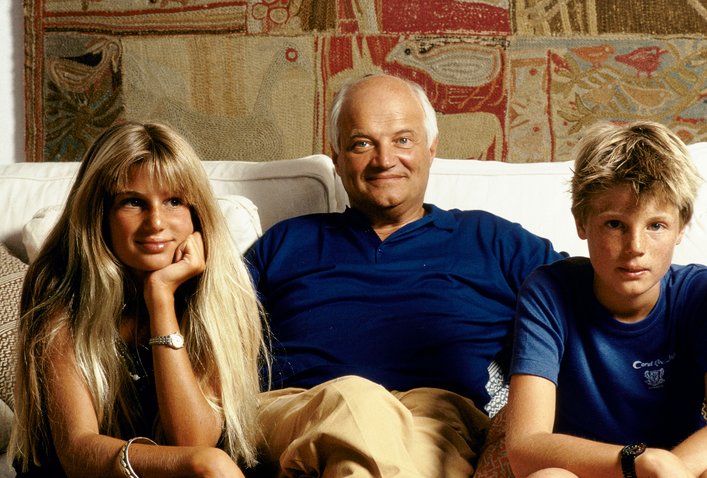 If you enjoyed this, please SHARE and FOLLOW @tommyhump for more untold business stories and wealth building secrets.

PSS Like their dad, Goldsmith’s children are active in business, politics and ecology:

Nearby Alix Goldsmith operates the fabulous Cuixmala https://cuixmala.com. Her brother Manes was a football club owner before passing away a couple years ago.

Son @ZacGoldsmith is a politician and serves as Minister for the International Environment and Climate, and UK Animal Welfare and Forests.

Daughter @Jemima_Khan is a successful film and TV producer.

@BenGoldsmith is a financier and environmentalist.

Charlotte and Jethro have lower profiles.

And Goldsmith’s three wives after Isabel Patino are still alive.

*Some quotes were edited for brevity.